The AFP recently did a study. It claims that due to the melting of the permafrost 280 million people would end up displaced. 280 million that’s alot of people.

Some theorist say every since the eradication of the dinosaurs the earth has been heating up. Ages of civilized industrialization has participated in speeding up the process.

One fact that everyone except Donald Trump and evangelicals believe that the world is heating up, but what most do not agree on is why. Many scientists have a theory as to the why. Most point to carbon emissions while others speculate it’s from deforestation. The reality is that regardless the speculation it’s happening and humans are contributing to it. In this article I will talk on the old theories to why, but I will propose a new theory for reason of its occurrence. This theory is totally mines and it will be last on the list of scientific explanations for climate change.

Every year the Amazon goes through a dry season and in that dry season lightening strikes often cause brush fires. The fires of 2019 were 3 times as large as ever recorded. Couple these natural burnings with man made burnings to clear room for cattle and the deforestation of trees to provide building supplies we watch the Amazon being decimated losing more than 350 yards of Forrest per hour from just he fires. Though man contributes to climate change we must recognize it’s not as significant as we think. Man’s contributions come in the form of pillaging resources. It is to be noted that Republicans or right wing politicians see the exploitation of resources as the best way to generate finances. So to see balosarno in Brazil slashing and burning indigenous land to make room for cattle farming is no surprise. Balosarno is drop in the bucket when it comes to environmental predators. China at one time sacrificed their air in hopes to catch up to industrialized nations, but innovation and ingenuity turned things around. What China did was build vertical Forrest as to use the plants and greenery to filter out the air. While taking other measures. It didn’t completely turn things around but it helped.

The 2019 – 2020 award for biggest environmental predator goes to donald Trump. Trump’s first order of business was the appointment of EPA director Scott Pruitt who had a private phone booth installed in his office. This booth was so private CIA nor NSA could wire tap it. This booth was used for the buying and selling of American and international resources. Trump’s next appointment was career oil executive rex tillerson. Rex may not have known politics, but he does know oil and that knowledge helped oil companies secure billions in tax breaks and subsides. Eventually the both resigned I guess to enjoy their fortunes before the world ends. Trump then lifted the protected status given to the artic wild life refuge to allow for oil drilling. I guess America needed oil because Trump was selling America’s reserves. Fast forward to august 2019 Trump’s latest acts the rollback of methane regulations on gas companies. Which provides 25% of green house gases and the push for deforestation in the tongass Forrest in Alaska. 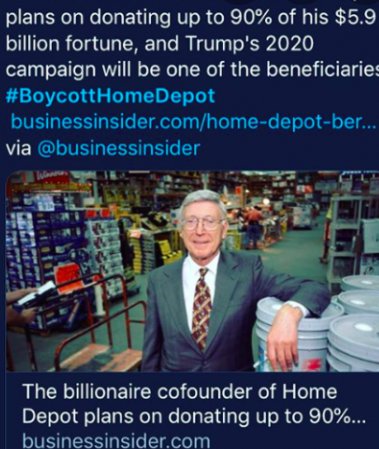 Corporations, capitalism and free enterprise are the biggest violators when it comes to human actions. Trump must honor the donations made to his campaign so providing timber to home depot is an objective he must see through if he wants to see those donations ever again. this is the same for politicians all over the world promises made must be honored or wars break out. The promises Trump has made benefits him also. Short winters mean more Masonic building. Hot weather means more vacations, more golfing, more tourism, Paved roads, housing loans etc. The mining, deforestation and other methods of acquiring these goods places a heavy burden on the environment.

It is very well known that when people immigrate they often tend to bring foreign species with them. In most cases the foreign species far away from home and unable to find adequate food or shelter ends up dying out or becoming an exotic treat for the natural inhabitants of that environment. Then theirs the species that hitched a ride and was a predator in its homeland and finds itself in an environment where it has no natural enemies. It has found a food sources and shelter from there the spawning begins until they have grown out of control. The damage to the ecosystem caused by the introduction of a foreign species is catastrophic. Whole crops wiped out. The extinction of the species they feed on and diseases couple that with all other scientific theories and we can make a case for inhabitant induced climate change. 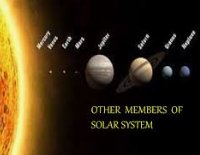 It doesn’t take a rocket scientist to understand my theory, but it does take a basic understanding of physics and chemistry. Tom what we are told our solar system consists of nine planets. Some are dry, some are wet, some are gas and some are frozen. All have their own orbit around the sun yet since we have been in existence no planet has ever crashed into another planet. My theory is that global warming is a universal system of death. That all galaxies follow the same cycle in relation to life and death of a star.

If we look at mercury the closes planet to the sun we see that it is dry. Next is Mars which is dry also with remnants of polar ice. Earth has increasing dry spots but is 70% water. Venus is liquid mostly acid rain which makes it unable to sustain life due to globalized toxic ocean next we have Jupiter which is just a big ball of gas. Next is Saturn a semi solid gas ice mixture. From there you have Neptune, Uranus, and Pluto all frozen balls of ice due to the distance from the sun. My theory proposes that global warming cannot be stopped because the planets are being pulled into the sun. The composition of the planets should be proof enough. Mercury is dry. Mars and earth are drying out the closer they get to the sun. Venus is the dissipation of gas as it shrinks. Jupiter is a giant orb of gas because it is freed gas uninhibited. Saturn has rings of frozen minerals surrounding the expansion of freed gas which gives Jupiter it’s moons as the gas expands and pushes the rings further out. Neptune, Uranus and Pluto are all waiting their turn to thaw. Because we cannot see a stars death up close we have to speculate as to what has happened. Understanding space we recognize everything happens in reverse. So if mercury gets sucked into the sun the sun would not explode but rather implode due to the tail of force trailing mercury and the push from the other planets behind mercury. Which is why when a star dies it creates a black hole because in space once energy begins in one direction unless physically altered it remains in that direction. It’s amazing the ego of man to assume the world and universe revolves around them. Ignoring the reality of earth’s own destiny in the universe.

(Opinion only theory has yet to be proven or disproven)