What happened to America??

To many America has always been oppressive and burdensome. A place of relentless obstacles, racial injustice and lack of adequate opportunity. That isn’t the America I am questioning.

I am questioning the America that struck fear in those who dared oppose it’s authority. The fearless America prepared to die for God and country. The black leather, four wheel drive pickup riding, barbeque, red white and blue flag waving AMERICA. It hasn’t been 100 years since hundreds of thousands of men black,white, jew and gentile stormed the beaches of Normandy. Yet in 2019 we have come to see Nazi’s marching in the streets of America. Hailing Hitler under the same flag countless AMERICANs died to pull down in defeat. Not only are these Nazi’s marching but they are killing innocent Americans in the name of their white nationalism.

Racism in America is nothing knew. It has always been predicated upon the color of ones skin. If you were lighter than a paper bag you were afforded more privileges than those who weren’t. The racism of those times were constructed out of fear. Fear of black equality, fear of blacks taking over America and mainly fear of black reprisal for the horror’s of slavery. It was because of these fears whites installed a system of oppression rather than a system of ethnic cleansing.

In recognizing this we can begin to understand why the whites in America fought so hard to eradicate the idea of Hitler’s white nationalism. We can begin to see that American racism isn’t the same as European racism. We can begin to see that racism in America is corporate. In other words it is business. Unlike European racism which is ideological. It had nothing to do with money. It was all about building a society strictly controlled and dominated by whites. Pure whites all others would be removed by death. Which meant disaster for the global economy.

Fast forward to the 21st century corporations have infiltrated every aspect of of American life. Many corporations controlled or ran by white men in a position of power who use race, class and division as a way to generate revenue. The face of corporate racism is none other than donald Trump fueled by billionaires known and unknown to carry out an agenda similar to the usual agenda perpetuated on the people of America. Handled by C Street Evangelicals and motivated by Russian debt. Trump proclaims himself to be chosen. One of the pillars of C Street evangelicals. While attempting to pay back the debt he incurred from Russian loans he and Paul manafort received from Deutsche Bank at the direction of oligarchs. As Trump bashes government agencies like the FBI. Telling Muslim Congress women to go back to where they came from. His support for men in powerful positions with unsavory characters. It’s text book C-street evangelicalism.

As the evangelicals have put in motion a devastating plan to bring America to its knees using their chosen one Donald Trump. As countries infected with the ideology of evangelicalism join forces to establish a new order.

We now get a clearer picture of why russia is so intertwined with Trump and his administration because Russian Parliament and Republican Congress has been groomed by the same C-street ideology. With the NRA as the guerilla arm of the evangelicals.

When has American values been equated with Orthodox Christianity? When has evangelical values dictated the policy and morality of America? The founding fathers were not evangelicals. They were puritans

So how could the Republicans allow evangelicals to dictate the values of America? The massive amounts of wealth created by super churches donated to the cause of evangelicalism and politician’s friendly to their agenda. 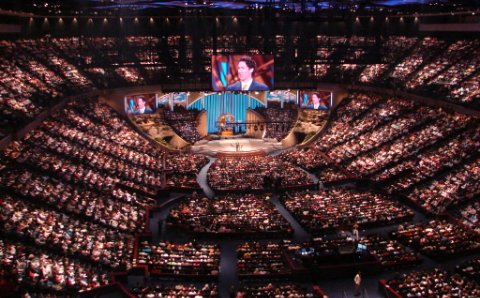 Which is why evangelicals to this day stand behind Trump no matter the outrage. Which is why Republicans remain silent no matter the rhetoric. For they believe that Trump has truly been chosen. The cults of old times past have infected america to the point the very politician’s sent to work on behalf of the people believe they have been sent by God. As they distort the words and ways of God leaning on their own created understanding. The Republicans have been tricked into believing they have more in common with Russian orthodoxy than they do with Baptist, Methodist and Protestants. They have concluded that a religious union between the two superceds communism and democracy.

Unfortunately for America half of the countries political figures have given themselves over to the idea spiraling america into a conflict of ideology. Trump was a favor to Doug Coe. From coe’s praise of kings of Norway to Trump’s desire to bring people from Norway. What defines as very fine people. To the idea that Gods chosen leaders are infallible.

The question is what happens when Trump loses? What happens when the next president has comes to power? Unfortunately the sabotage of the 2020 election is already underway. With the FEC without a quorum unable to investigate wrong doing, Russia’s new attacks on election systems and the court ruling that those voting in the electoral college can vote for whoever they want.

The religious fervor being whipped up by the evangelicals are unleashing and creating radicals bent on carrying out hate crimes in the name of religion. They are no different than Muslim jihadist. Which is why the framers of the Constitution were adamant at keeping church and state separated. 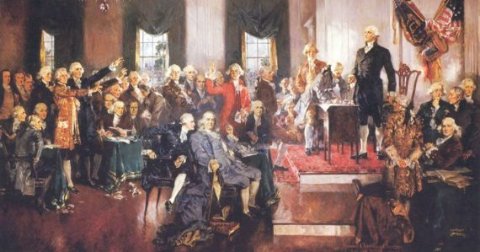 🎓🎓🎓🎓🎓🎓 Certified nurse Certified lithographer Licensed lift operator Certified welder Published writer Photographer📷 Artist Music artist Perm It's never about what you make it's about what you keep... That paper trail is important #knowledge #educated #talented #artist #accomplished
R.I.P. K.B.B #24 R.I.P GIGI😞😞
Game time✌ Everybody seems to want more than their offering.... Lol watching me...but can't see what's creeping up behind them...smh... I'm trying to figure out when money became worth more than your character??? And you ain't even getting the money🤦🤦🤦 these muthafvckas selling they souls just to be next to the person next to the person getting money..... If that ain't a fvcking loser I don't know what is... People gotta learn to be loyal to their word which will make them loyal to themselves allowing them to be loyal to others.... So if ya word ain't shit... Know you ain't shit!!!! So Gtfoh.... Eventually I'm going to close your back door and you'll have to face me... Frauds
Time is money and I ain't got a second for snakes and frauds -nipsey hussle- #themarathoncontinues #art #iconic #bensonian #artist #innovate Bensonian© Concept Basquiat infused with a Rembrandt created by R.M.Benson for (CURATORSCHOICES.COM)
American secrets.... Can you see it? #art #artist #photography
Lord forgive me for my sins in a world of pain. Though I fall I still hope for better days. Please have mercy on me when we meet. For in my poverty my sense of humor and irony keeps me sane.. Amen.. 📸 by @phinale_phamous #photooftheday #photography #urbanphotography #art #artist
Art is expression... Capturing your perception of beauty.. What you believe to be profound... 📸 and animated by @phinale_phamous #art #movingpictures #photos #photooftheday #artist #photography
Center of the city.... 📸 by @phinale_phamous #photographyart #photo #pictureoftheday #art #artist
The halls of heaven full of the martyrs of righteousness.... The army of blood.... Salvation through death... 📸 photo by @phinale_phamous #photo #art #artist #photography #savior #messiah #kingdomcome

NOW YOU KNOW ME