What happened to American values? There used to be a time when decency, integrity and honor fueled America’s desired destiny. Now it seems whatever distracts us from the reality we have lost control of our democracy comforts us, even if it’s a lie. The acceptance of hypocritical people and the lies they tell has opened the door to the degradation of American value’s. As numerous groups fighting for numerous ideas in the name of numerous people make concessions in hopes to please their members with watered down achievements. Never realizing the concessions they have made undermines their agenda. As the hypocrisy and concessions made to it destroys the integrity of the agenda and the people who participate.

Purdue pharma has offered a 12-13 billion dollar settlement for its involvement in the opiod epidemic in America, but America doesn’t have any opium crops. So the government would have to secure contracts through foreign policy to import the opium which is why bush invaded Afghanistan. The crack epidemic was no different. The only difference was that instead of directly selling the drugs to the victim this time the government used pharmaceutical companies as gloves to hide it’s prints on the operation. Also instead of criminalizing the victims which cost 30% in profits allocated to fighting a drug war they decided to treat it. Which instead of costing them money actually boosted profits. The devastating toll this took on the black community boggles the mind. Why weren’t black people afforded a settlement from the government for the crack epidemic? 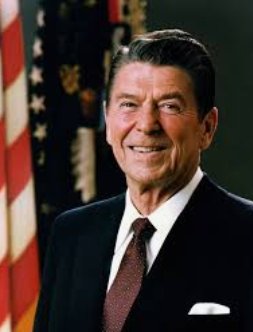 The government under Reagan supplied the crack, criminalized the crack, created the drug war which led to Clintons mass incarceration. A policy that blacks are fighting to change this very day which means while blacks were fighting one fight America was still moving forward. The ramifications of the crack epidemic has entrapped almost 2 generations of black men. The black drug dealers made massive amounts of money. People like freeway Ricky Ross who worked hand and hand with the CIA to distribute crack cocaine to black neighborhoods. Today he lives nothing like he used to. Most blacks knew nothing about investing and if they did their money was dirty so having it was a crime. The inability to show prominent banks sufficient legal means of income meant you couldn’t receive loans nor could you bank there. Which means you spent your money on items that depreciated. The crack epidemic disturbed every social construct within the black community. They very constructs so many panthers and revolutionaries were trying to save. After the deaths of do many panthers the movement was forced underground as poverty and finding a righteous way to overcome it became taboo. Millions of black men and women dove into the drug trade which ultimately lead them into new illegal trades such as murder and prostitution. Broken homes, incarcerated parents left children with grandmothers and elder relatives who could not control them and constantly feared those children’s demise. 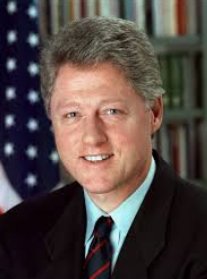 The crack epidemic raged on from 1987 until the election of bill Clinton. By that time the elderly family members in charge of these abandoned and crucified children were utterly exhausted. Clinton decided to stiffen the penalty and Hillary Clinton further degraded the optics of blacks in the eyes of America by labeling blacks as “super predators”. The older generation unable to see the capitalistic tactics asked begged bill Clinton to act and act he did incarcerating over a million blacks. 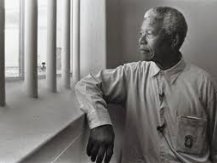 To no fault of their own the elderly blacks were being preyed on by their own children due to the addiction they could not see the elephant because they were too close. They were in the situation if they would have taken a step back they would have seen the who picture. The crack epidemic continued unaddressed creating a incarceration epidemic that would go unaddressed until 2017.

At the height of the crack epidemic poor blacks were able to go from being dependant on government programs to self-sufficiency. Here is where in my opinion the true destruction of the black community came about. Blacks that indulged in illegal means of making money could not do what most people could do with legal means of making money. In so even with massive amounts of money they still would be ignorant of the laws and ways of using money. Not only that for 2 generation’s of blacks this was the only way they knew and saw how to make money. With the crack epidemic going unaddressed and mass incarceration taking them off the street for 5 to 10 years only to be placed back into the very circumstances that drove them to such methods of money making. They were stuck miseducated by the actions they took within the circumstances they were forced into. Not only that the psychological comfort that came from the pleasure of instant gratification created an addictive mind set. This made them impatient. Ever so quick to change their circumstances which led to high rates of recidivism. So we have hundreds of thousands of men and women being released with no education or insufficient educations being released 5 to 10 years later with corrupted ideologies into a new generation to corrupt their thinking and morals. It becomes a perpetual cycle of miseducation and destruction. the remedies created to quell the epidemic only amplified it.

After Katrina and 9/11 the heroine epidemic arose. It was no surprise or coincidence that after the government went into Afghanistan heroin took hold of America. By that time the policy of separating families through family court and child support was working rather well. As welfare refused housing and services to women living with a man. The man needed to be targeted in order for the woman to receive services. Already disenfranchised working menial jobs the black males were barely surviving financially more negative reasons for black men to perpetuate the cycle. With its new cash crop pharmaceutical companies began to promote the drugs to blacks in the form of promethazine known as lean it caught on in the south but in the north they called their new products designer drugs. The biggest was ecstasy which flooded America due to Canada’s universal health care. These new opiod products were never meant for Caucasian consumption on such a massive scale. They pushed the idea of these drugs through hip-hop music as it was the vehicle for all parties, but what they didn’t realize or recognize was that rap music had become a big part of young white American culture and for hundreds of years heroin and pill usage was prevalent. So when they heard the label designer drug whites flocked in droves sort of like cocaine in the 70’s. Reminiscent of LSD and acid in the 60’s ecstasy and Molly was promoted as free love drugs while codeine was promoted as the new cool drug. Both were meant to target liberals sons and daughters of abolitionist who believed in an a inclusive America.

In comes Barack Obama who decided to address the opiod epidemic by treating it as a health crisis creating social programs and government funding to treat the epidemic. In return the insurance lobby agreed to help pass the ACA. They were now making money from the distribution and treatment of opioids.

Though crack was a horrible addiction heroine is ten times worse. The depths of this addiction is severe. So severe withdraw can cause death. Numerous attempts to address this epidemic have failed, but like the crack epidemic America must move on. In so the next scourge the people have encountered. The mass proliferation of guns and gun violence. As Obama was caught up in a scheme the media dubbed fast and furious, also know as gun walking where guns were allowed to be straw purchased in an attempt to track them back to the source. We are uncertain if any of these straw purchase’s were involved in any mass shootings, but to this date a few thousand have gone unrecovered. I find it interesting that every quote unquote scandal is made worse by each president that has attempted to remedy the issue.

As we lead up to the 45th president donald Trump. Who has done nothing to address the proliferation of guns and ever increasing gun violence. Instead Trump has decided to ignore it all together and what in my opinion seems to be the dismantling of the federal government at the request of Vladimir Putin. It’s going to be very interesting to see what the next president does to remedy Trump’s numerous scandal’s, but regardless who it is and what they do just know America will keep moving on.

A black Greek, mason, drug dealer, pimp and all other blacks who prey on other blacks in this time are lower then black slavers during slavery and if they cannot be changed they should be despised unto death.